Staff Spotlight: Will Brundula and His Kelowna Woodwork Story 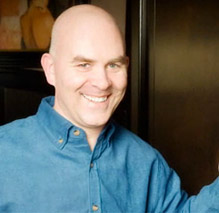 Will Brundula, Kelowna cabinetmaker and owner of Heartland Millworks.

Growing up, Will Brundula didn’t have aspirations of following his father’s footsteps to run a Kelowna woodworking company. And yet, here he is, the head of Heartland Millworks, a thriving custom cabinet and woodwork business.

Will was just a teenager when he got his start in the industry, building cabinets alongside his father, a cabinetmaker and the owner of HB Woodcraft. Will’s father had been just 14 when he began his training in woodworking and cabinetry in Europe. But Will didn’t think it would be a family tradition.

Shortly after graduating from high school, Will set his sights on a career in aircraft maintenance engineering and ended up traveling and sailing around the world.

“I kind of did a circle route and ended up back at the shop when I was 28 or 29,” said Will. One year at the shop became two.  He became entranced by the process of shaping and smoothing wood into the parts of people’s homes. Will decided to begin his apprenticeship in cabinetry and millwork.

“By the time I had my ticket, I had my own contracts. I had guys working for me,” said Will. “After I met my wife, we named our business and went into it full on.”

Will and his team have been creating custom millwork pieces for home and business owners in Kelowna and across Canada ever since.

Today, he sees his craftsman quality woodwork as preserving both a family and a centuries-old tradition

To stay inspired and design with an artist’s eye despite the demands of running a business, he studies periodicals showcasing some of the most unique custom woodworking projects in the world. And when a client gives him a blank canvas, he closes his eyes.

“Sometimes, at the end of the day, I just turn off the lights and dream up my designs,” said Will, who sees himself creating custom cabinetry for years to come.

Are you looking for new cabinets for your Kelowna kitchen renovation? Read our post on the fit and function of custom cabinets.